I taught a graduate seminar on Feminism and Technology three different times, In 2013, I co-taught it with C.L. Cole and Sharra Vostral; in 2014 and 2015, I taught it solo. Part of an ambitious collaborative learning experiment called a Distributed Open Collaborative Course, this seminar investigated the intersections of gender and technoculture.

In early 2012, Alexandra Juhasz  and Anne Balsamo got together with a group of other scholars and artists to figure out ways to leverage their knowledge and experiences with technology through the lens of feminisms; this group launched FemTechNet. Many in this group joined to create a Distributed Open Collaborative Course (DOCC) as an innovative response to Massive Open Online Courses (MOOCs). The seminars at the University of Illinois were among a number of courses offered, distributed across the United States and Canada. Rather than one expert speaking to a massive number of people online, we shared curricula, tested platforms, and co-created resources. FemTechNet continues to grow in numbers, locations, and energies.

There is a shared set of recorded dialogues with pre-eminent thinkers and artists on the FemTechNet Vimeo channel concerning feminisms and technologies.

Here are two articles that DOCCument the DOCC: 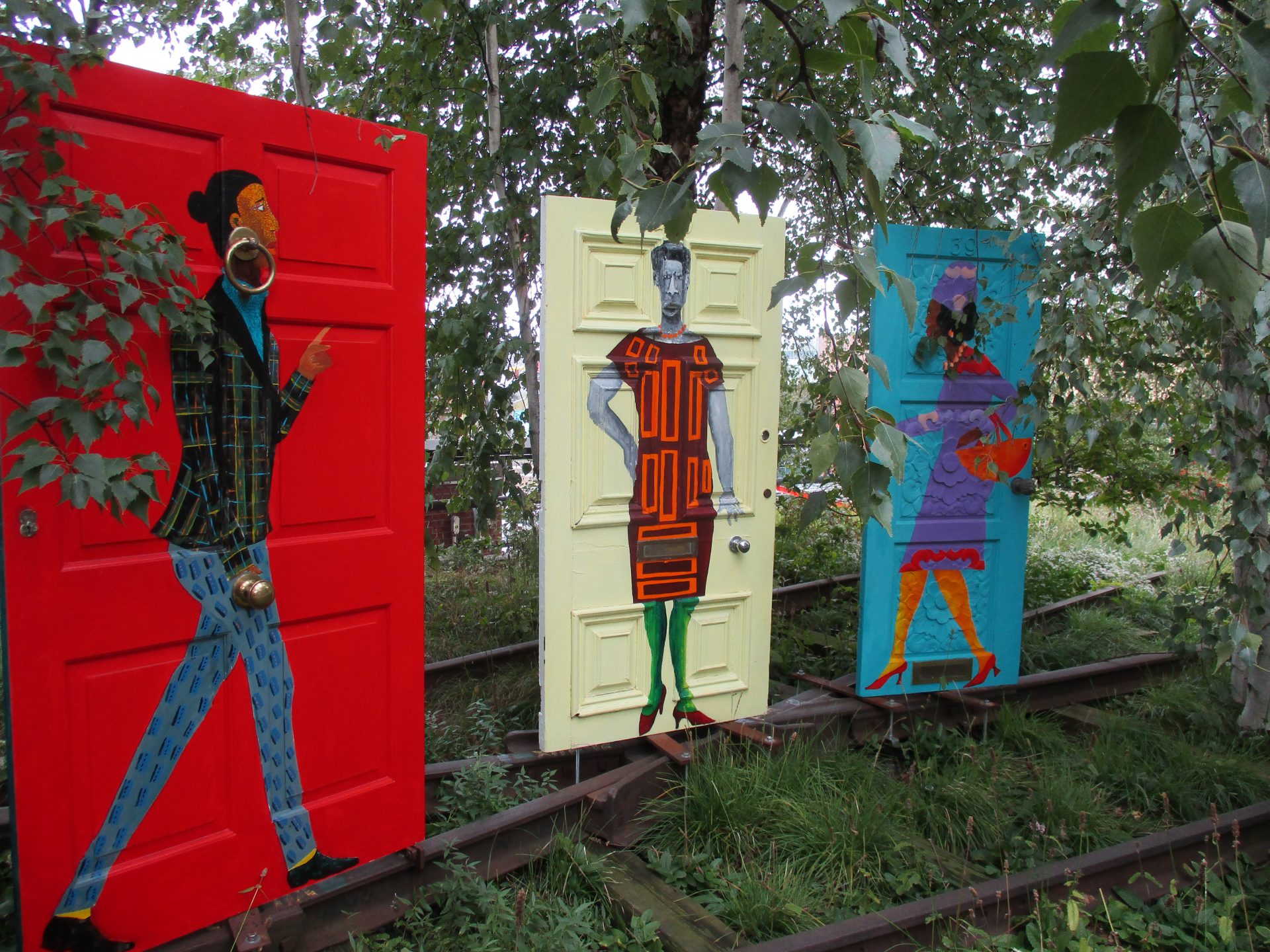 These three panels from Lubaina Himid’s “Five Conversations” along the High Line in New York City speak to each other. I love the way the figures interact across the space, and the central door features a mail slot!