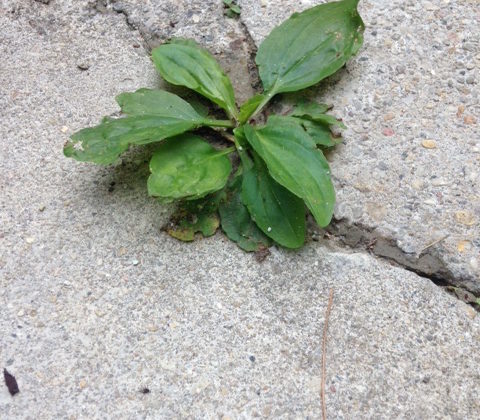 The president of the University, Tim Killeen, just sent an email to everybody in the University of Illinois system called “No state budget.” I do not want to minimize the enduring damage that has been done to programs and services that have benefited many people in the state and that have had to close due to the budget impasse. I do not want to minimize the harm already done to those who have been laid off, not hired, or not promoted due to the budget impasse. In other words, I am not celebrating “no state budget.” But the brokenness of the state offers an opportunity to rethink things and, like it or not, puts the University’s values in relief.

The massmail from President Killeen arrived after a recent blog post by Joanne Barker about the erasure of the Native American and Indigenous Studies (NAIS) Department at the University of Illinois.  While I find her words very powerful, I am aware that I do not know the full extent of the pain and anguish perpetrated on colleagues by a series of toxic and destructive decisions, and that perhaps I contribute to the pain with my comments. But it was only in Ms. Barker’s post that I learned that “the UIUC administration will not commit itself to hire another NAIS scholar for 2 years, effectively absorbing the approximately $800,000 annually for the six faculty lines in NAIS into the campus coffer.” This was news to me and I think must be discussed across campus, at all levels. It’s possible that it is being discussed; I am so very part-time (by choice) that many conversations occur without my knowing about them. But, somehow, I think this particular conversation is resoundingly quiet. And this refusal to act on hiring by the administration is unacceptable, whatever the budget.

President Killeen wrote: “All options are on the table as we go forward – layoffs, reductions of academic programs, closure of units and cuts in a health-care enterprise that provides critical care to underserved populations in Chicago.” These layoffs, reductions, closures, and cuts are going to continue to reflect the ethics and values of the institution. The decision to hold off on hiring NAIS is, I believe, not a financial decision, but rather a continuation of the racist climate that has long been nurtured here. Budget decisions, like many other decisions, reflect and reproduce oppressions.

What if, instead of erasing NAIS, we asked the now-dispersed and numerically fewer faculty what (new) campus structures would help them? Then, supported, of course, by real funds, other colleagues, and policies with traction, we found ways to make those changes, to center their agendas? What if values that promoted indigenous knowledge and practices were evident in the budget? It’s a legitimate concern that white-identified administrators can’t promote those values, but it’s not an unresolvable concern. The administrators could get out of the way, for once.

The conclusion to Glen Coulthard’s Red Skin, White Masks: Rejecting the Colonial Politics of Recognition (2014) is called “Lessons from Idle No More: The Future of Indigenous Activism.” Coulthard summarized some of the main points he already made:

Coulthard then turned to “Indigenous resurgence,” and theorists of that idea, Taiaiake Alfred and Leanne Simpson. Alfred called this resurgence paradigm “‘self-conscious traditionalism’,” and Simpson argued that “‘[b]uilding diverse, nation-culture-based resurgences means significantly reinvesting in our own ways of being’” (p. 155). Coulthard stressed that for Alfred, Simpson, and himself, this resurgence is not a retreat to “an uncritical essentialism,” but a “self-reflective revitalization” (p. 156). Coulthard went on to point out “the centrality of sexism to the colonial aims of land dispossession and sovereignty usurpation” and the necessity of queering resurgence (pp. 157-58). “Indigenous resurgence,” Coulthard claimed, “is at its core a prefigurative politics—the methods of decolonization prefigure its aims” (p. 159, italics in original).

Coulthard developed each of these theses eloquently, and I cannot do him justice. But I would still like to stress a couple of aspects. “Direct action,” however varied, is usually described by the media as threatening and disruptive; in a word, uncivil. In fact, these actions loosen “internalized colonialism, which is itself a precondition for any meaningful change,” and they build “skills and social relationships…that are required…to construct alternatives” (p. 166). These social networks have endured for decades against frequent efforts to weaken them. I love this: “Through these actions we physically say ‘no’ to the degradation of our communities and to exploitation of the lands upon which we depend. But they also have ingrained within them a resounding ‘yes’: they are the affirmative enactment of another modality of being.” Coulthard asks: “How might we move beyond a resurgent Indigenous politics that seeks to inhibit the destructive effects of capital to one that strives to create Indigenous alternatives to it?” (p. 170).

Thanks to Angela Piccini in Bristol (UK), I know about this lecture, “Rage against the Empire,” that Glen Coulthard presented at the Vancouver Institute for Social Research in 2013, which covers much of the same material as his book.This lecture is about 30 minutes, with some Q & A.

I write this post in the basement of my comfortable brick house in Urbana, Illinois, with little sense that my opinion matters or might induce change. On the other hand, I know I am not alone in being appalled at the state of things, and that there are others who want to enact other modalities of being, modalities that foster respect and imagination. And I do think asking questions can be tools that contribute to further, useful questions.

This week I have been inspired, and saddened, by Sara Ahmed’s resignation from Goldsmiths in London, reported on her blog.

It is not that this activity [in this case, sexual harassment] is coordinated by one person or even necessarily a group of people who are meeting in secret, although secret meetings probably do happen. All of these activities, however complex, sustain a direction; they have a point. A direction does not require something to originate from a single point: in fact a direction is achieved through the alignment between points that do not have to meet. Different elements combine to achieve something that is solid and tangible. If one element does not hold, or become binding, another element holds or binds. The process is rather like the cement used to make walls: something is set before it hardens. Perhaps when people notice the complexity, the movement, the inefficiency, the disorganisation, they do not notice the cement; how things hold together; that things hold together. Then when you say there is a pattern you are heard as paranoid as if you are imagining that all this complexity derives from a singular point…

To try and bring someone to account is to come up against not just an individual but histories, histories that have hardened, that stop those who are trying to stop what is happening from happening. The weight of that history can be thrown at you; you can be hit by it.

But, cement can also be broken up, sometimes even by plants poking up through the cracks. I am one plant, poking up.