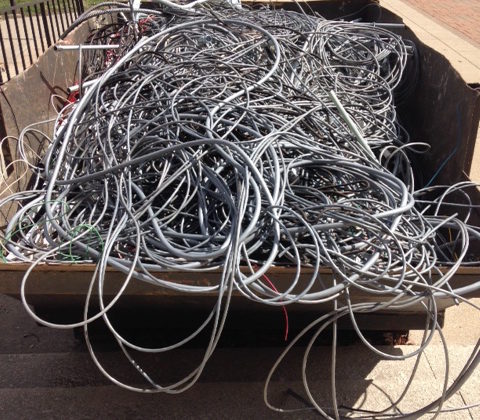 On Saturday, October 30, about fifteen people who had gathered in Chicago for the Digital Excellence conference came together to brainstorm next steps for the community technology movement, with Michael Maranda doing the heavy lifting of organizing a space and guiding the discussion. Besides Michael, the group included Max Gail of LAP.org, Antwuan Wallace of the Association for Community Networking, Boston activist Peter Miller , Pierre Clark of the Chicago Digital Access Alliance, Taran Rampersad of ThinkDrop, Marlene Archer, Stan Pokras from Philadelphia, Kami Griffiths from TechSoup in San Francisco, Sally Duros, a former Sun-Times reporter, now writing for various online publications, futurist Jim Lew, Gerry Gleason and myself. Thanks so much to Michael for introducing me to these folks and the correct spelling of their names!

After a morning of lively discussion, we ate a long and leisurely lunch, continuing the conversations and getting better acquainted. While some folks had to catch airplanes, others returned to discuss how to move forward. Michael suggested using bettermeans.com until something else emerged. While I enjoyed meeting all these folks, they have been in the trenches and at the barricades for much longer than I, so I listened and asked elementary questions.