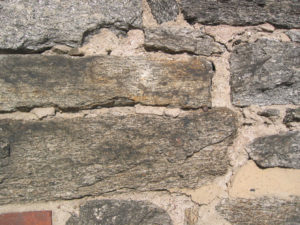 Last Thursday (December 11), I attended a panel organized by a working group at the University of Illinois called Ubuntu. Computer scientists kind of colonized the word by using it to describe a Debian-based Linux distribution. But in any case, Ubuntu is a Xhosa and Zulu word describing a philosophy of community and sharing. And the UI Ubuntu has come together in the aftermath of the shooting death of 15-year-old Kiwane Carrington of Champaign. Kiwane died after being shot by a police officer in October 2009 at close range, as he was trying to enter a house where he had been staying. His friend who was with him, Jeshaun Manning-Carter, has been charged with aggravated resisting arrest (a felony) for trying to avoid the police. Jeshaun just turned 16, and will be on trial in early 2010. There has been a lot of news coverage (in several publications and online), so I won’t repeat what is covered elsewhere.

Ubuntu participants want to reclaim the Black Studies tradition of scholar-activism, and I applaud them! Historian Clarence Lang talked about the continuum between academic excellence and social responsibility; campus and community; study and struggle. Historian Sundiata Cha-Jua spoke about reviving a Black United Front that would bring about an annual report issued on the police use of force; a petition to Congress to make the police use of excessive force a federal crime; and a citizen’s police review board in Champaign, among other ideas. Imani Bazzell, who wears many hats, mentioned her program, “At Promise…of Success,” which sees youth as promising success rather than “at risk” of failure. She advocated for workshops for public school teachers to increase their knowledge of the black intellectual tradition. Sociologist Ruby Mendenhall spoke about the oral histories that she has been gathering with her students. County Board member Carol Ammons spoke movingly about her anguish and her frustration with teen-police relationships. I cannot even begin to do justice to the powerful words she voiced. Other speakers included Brendeesha Tynes, Ken Salo, Kerry Pimblott, Barbara Kessel, William Kyles and Pastor Nash. Barbara Kessel spoke about her research into “domestic rendition,” the removal of prisoners from Cook County Jail to Kankakee in order to use tasers on these men. Taser use in Cook County is illegal.

The room was packed. There is such a need for coordinated effort and continued conversation. Thanks to Ubuntu for taking up the challenge. I hope we can build a strong wall, with varied bricks and stones, that will collectively support each other and resist disunity in the face of inevitable differences.