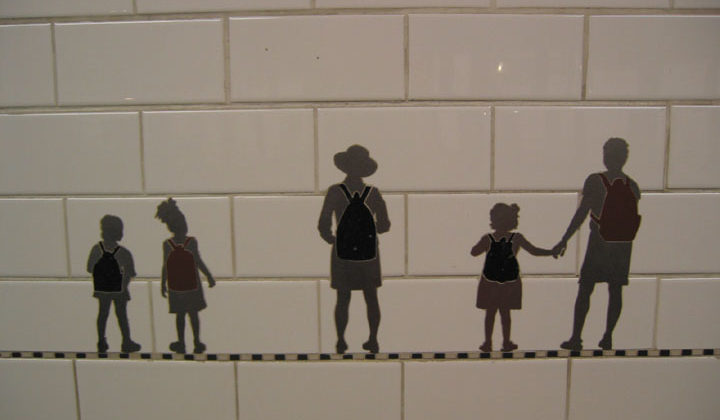 One reason I don’t blog more here is because I keep up two other blogs, one for I-Powered, a group of students, staff and faculty at the University of Illinois, Urbana-Champaign (UIUC), and another for the Race, Space and Law Reading Group at UIUC. This report on our most recent meeting has so many great links in it, I will duplicate it here.

Abby Harmon and Ryan Griffis reported on the conference, The City from Below. Abby started off talking about presentations by Picture the Homeless. This is a self-organized group based in NYC, founded in 1998. They work to do away with the shelter system and to fill vacant units. They did one on-the-ground data collection and found enough vacancies to theoretically house the 35,000 people filling the spots in shelters in NYC. NYC has a “right to shelter” law that means in fact that the shelter system is a $750 million industry. PHC has successfully joined the continuum of care groups in NYC so that they now have 33% of the votes, which really helps take charge of how services are delivered. Abby reported that the US Interagency Council on Homelessness has a ten-year plan to end chronic homelessness, which sounds good, but in fact limits options. There are three “official” levels of homelessness–episodic, transitional, chronic. The chronic label stigmatizes people by labeling them as having a personal disability–substance abuse and/or mental illness. “Permanent supportive housing,” which also sounds good, assumes the person needs support, when really they need housing. This seems to be summed up by the statement: IT’S A HOUSING CRISIS, NOT A HOMELESS CRISIS! PHC also questions “whose quality of life?” in the legislation intended to enhance urban “quality of life.” Abby also made the point that “low-income” categories also damage people by pigeon-holing them into boxes that cut out opportunities.

There were also presentations by Anarchitecture, Abandonment Issues, Max Rameau of Take Back the Land in Miami. The latter group limits their takeovers to municipally-owned property, although Umoja Village, a shantytown built in 2006 on public land in Liberty City, resulted in a lot of arrests and harassment. Abandonment Issues in Toronto has posted on their blog a policy brief outlining the city’s need for the Use It or Lose It bylaw and issuing recommendations for how this bylaw would best be implemented. Other presentations mentioned include the Baltimore Algebra Project, a group of students in Baltimore who organized for better schools; Shiri Pasternak; Cheri Honkala of the Poor People’s Economic Human Rights Campaign (PPEHRC) and United Workers. These groups are all inspiring!

The Baltimore Algebra Project students held a die-in at the state capitol to stress the connection between lack of education and high mortality rates. They tried to make a citizen’s arrest of the Maryland governor.  They started peer-to-peer tutoring in a network where they leveraged each others’ strengths. The Baltimore United Workers all maintain working-class jobs and use storytelling as a way of making demands. These stories are spatial and lived, effective ways to get the powers-that-be involved in the stories these workers are making. For example, they created a Human Rights Zone at the Baltimore harbor. They developed a list of the Five Big Worst Employers. They always have a part of their events that is a surprise to catch power off-guard.

One useful distinction for me was “we are organized” vs the passive “being organized” by, say, a community organizer. No matter how much trust, there is a significant difference between self-organized groups and those working “with” an organizer. Organizers can provide tactical support and be allies.

A rich and challenging discussion!