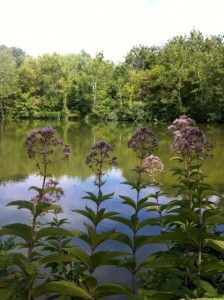 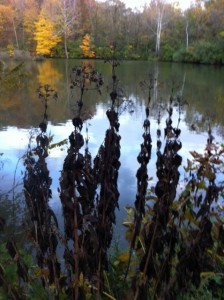 A friend recently said something to the effect that â€œwe can slow down when weâ€™re in the ground.â€ Iâ€™d really like to slow down before then, but I know it will be hard for me to do. In the coming months I hope to establish some balance among my research, writing, volunteer work, time with friends and family, and life maintenance. I want to get to the gym, go for long walks with friends, hang out with my children and partner, read novels, sleep, cook and eat tasty, healthy food, clean my basement, AND prepare for teaching next fall, AND write an article, edit another, start my next book AND prepare a talk for May in St. Louis, AND visit southern Illinois, Colorado and the UK. AND thatâ€™s not all. You get the ideaâ€¦.

In order to re-prioritize my life, I just drastically scaled back my day job at the Graduate School of Library and Information Science (GSLIS). Iâ€™ll remain on one grant for another year (probably.) That shift down to four hours a week (!) will free up daytime hours for research and writing. Boldly I go: to write grants to raise funds to do my research; to read challenging books and craft my arguments; to face that blinking cursor and turn my tangled thoughts into what I hope will be reasoned prose; to try new ways of linking ideas for publishing (ie, Zotero, Scalar); to support other writers and thinkers in their efforts; to develop some new courses; and to be grateful every day for my good fortune. GSLIS is letting me use a small office and I will stay involved in the Inclusions and Exclusions Reading Group, the Fab Lab Champions, Action Research Illinois, Imagining America, iFoundry, Technology and Cultureâ€™s advisors, the Ethnography of the University Initiative, a few student theses and I-Promiseâ€¦until it seems like I should move on.

The artists with whom I have been working arenâ€™t getting any younger (nor am I), and I want to be able to collaborate with them while we can all do so. Â So, the first priority is to draft several fellowship and grant proposals. In the process, I will sketch the next steps for my research on the art of Stephen Willats and tackle an essay for Routledge on critical spatial practice in US cities since 1960. This spring I also need to better articulate the implications of the University of Local Knowledge in Bristol for progressive education, for an article in the International Journal of Progressive Education. Also, the main branch of the St. Louis Public Library, designed by Cass Gilbert and opened in 1912, is celebrating its centennial and major renovation; I will be on a panel with an architect from Cannon Design who oversaw the renovation and the Library director in St. Louis in May. I have some new thoughts about early 20th century libraries that I would like to develop for that talk. Busy? Yes. Balanced? I hope. Broke? Most certainly.

Information & Culture: A Journal of History has accepted my article on Stephen Willats for a forthcoming issue 47:4(November/December 2012), to be exact. It’s one of the reasons why my blogging has been so sporadic. Here’s a wordle of the article. 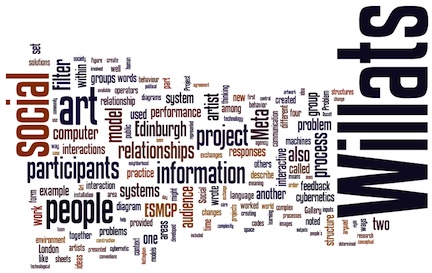 The Performance of Information Flows in the Art of Stephen Willats 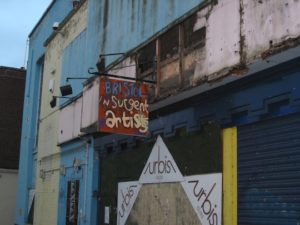 I spent much of my week distracted and distraught by the demonstrations and confrontations in London, Bristol, Manchester, Birmingham, and Liverpool, to name some of the locations of unrest this August. Perhaps I was particularly tuned in to that part of the world because in June I was working in London and Bristol, and in September I will be in Liverpool at the ReWire conference. In Bristol, I was working with the Knowle West Media Centre on the University of Local Knowledge; in London, I was working with Stephen Willats, researching his artworks co-created with residents of housing estates, such as Peckham in south London, where some of the violence occurred.

I was grateful to find a few posts on the Internet that helped me situate the events a bit: first was HarpyMarxâ€™s post, â€œWhen Will We Get Justice?â€ from August 7, 2011.Â  He has since posted more reflections and some photos of damage in Brixton (London).

Mute Magazine compiled videos–called â€œRiot Round-upâ€–that filled in some blanks for me:Â  Mute also linked to a lengthy post by Evan Calder Williams, â€œAn Open Letter to Those Who Condemn Looting (In Two Parts),â€ which I havenâ€™t had time to read but seems to be an effort to establish common ground, with some irony.

Then Hipmamaâ€™s thoughtful commentary, â€œLetter from Londonâ€ by Bee Lavender, an ex-pat woman from the United States, reflected on â€œthe shattering rageâ€: â€œIn a time of economic instability and high unemployment children have lost on every level, specifically around education. University is a complicated, fraught goal for kids who grow up in poverty, but at least it was a goal until a few months ago. Now they can’t afford the fees, and they know it.â€

Christian Fuchsâ€™ post on â€œSocial Media and the UK Riots,â€ noted: â€œFocusing on technology (as cause of or solution for riots) is the ideological search for control, simplicity and predictability in a situation of high complexity, unpredictability and uncertainty. It is also an expression of fear. It projects societyâ€™s guilt and shame into objects. Explanations are not sought in complex social relations, but in the fetishism of things.â€

And todayâ€™s find was “Is a social media-fuelled uprising the worst case scenario? Elements for a sociology of UK riots” by Antonio A. Casilli and Paola Tubaro, jointly posted on Tubaro’s blog and Casilli’s blog. These two social scientists model civil violence, adapting the 2002 work of Josh Epstein.

Most of these links came from friends on Facebook, for those of you tracking social networks.

In 1959, C. Wright Mills published his book, The Sociological Imagination, in which he wrote about social problems as â€œtroublesâ€ or â€œissues.â€ As Susan Nall Bales recently noted, citing Mills: â€œIssues are public matters; troubles are private matters.â€ (Mills 1961, 8-9; Bales 2009, 17) What I have taken away so far from the mass media coverage as well as politiciansâ€™ statements, is that we are in need of â€œsociological imaginationâ€ that would reframe the tragic murders, injuries, and brutality from individual acts (which indeed they are) and single episodes (which they also are) as themes, as issues of societal structures. Not only do I think this is important because of the need to understand the contexts of the UK violence, but also I think it matters because it might allow us to direct attention to policies, policies that we can help to change through debate, discussion, and action in the streets. In other words, I think focusing on a young person in a hoodie looting a lute (I kid you not) or on thuggery does little to support a discussion about social safety nets, educational access, poverty and racism.

The article by Susan Nall Bales that I mentioned is “The Trouble with Issues: The Case for Intentional Framing,” New Directions for Youth Development no. 124, Winter 2009, 13-27.